How Analytic Cubism reflects society's valuation of the individual 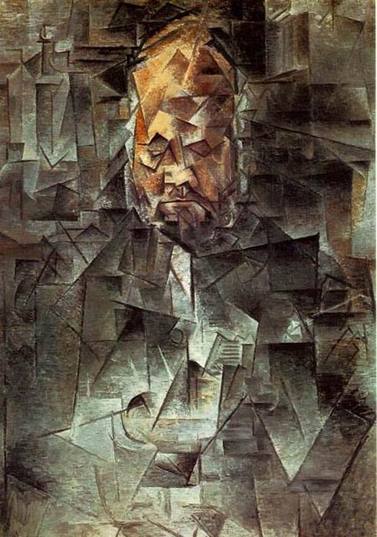 Ambroise Vollard was the art dealer for a surprising number of the greatest names in art at the turn of the 20th century.  He supported and sold the works of Cezanne, Van Gogh, Monet, Georges Roualt, Paul Gauguin, and Pablo Picasso among others.

Several famous portraits were painted of Vollard by greats like Cezanne and Renoir but Picasso's stands apart from the others by a mile when it comes to style and also by message.

The story of Picasso's version of Cubism relating to this painting is the story of how society values the individuals in their society.  Between periods of various versions of divine right and humanistic celebration there are always catalysts of government, technological innovation, and economics.  The history relevant to Picasso's time begins with the invention of the Caravel in Renaissance Italy at the beginnings of the Italian Renaissance around 1300.  In the 1200's, there was no such thing as a middle class.  There were the wealthy elite and there were the poor.  Acts were undertaken in the name of God, Kings, Warlords, and Caliphs.  The Renaissance was not just a change in materials and wealth.  The wealth and the plague turned the interests of the people to worldly concerned.  The paradigm (the world-view and people's view of the meaning of life) changed towards humanism.  In Picasso's time the pendulum swung in the opposite direction.  This time it was not any god but economics that changed the socio-economic landscape.

To understand this shift, lets take a trip back to the Europe's Middle Ages.  Before the Renaissance, average industrious families had little more than two changes of clothes (one to wear while the other was being washed) and they would pin lace, cuffs, or collars onto those simple garments.  These people worked hard to stay alive.  Few children got any kind of schooling.  Most family members worked every day to fend off starvation and to pay their protection money to the local ruler or warlord.

Trade was accomplished by trading with merchants who raised the price every time goods changed hands so that each merchant made a living.  Trade to and from afar happened via the Silk Route.  This made the Middle East the center of the world.  They got a piece of every trade from east to west.  When the caravel was invented, it changed everything.  The Middle East went from being the center of world knowledge and civilization to the edge of the world.  If it were not for the Middle East and Persia, the libraries of the Greeks and Romans would have been lost forever.  Back to technology, the caravel came at the same time as another parallel innovation.  Math evolved along with an improved compass that allowed sailors to know exactly where they were based on time of day and use of maps.  A new use of longitude and latitude tracked with math allowed them to use clocks to navigate with new precision so they did not need to sail by landmarks.  The caravel had fitted boards that prevented leaking.  The result was that sailors could sail 24 hours a day and sail without needing to see the shore, nor needing daylight to know exactly where they were.  Suddenly, local merchants got all of the profits.  Ships could set sail from Florence, trade with India and China, and sail back with 100% of the profit.  Merchant vessels and wool traders became fabulously rich. 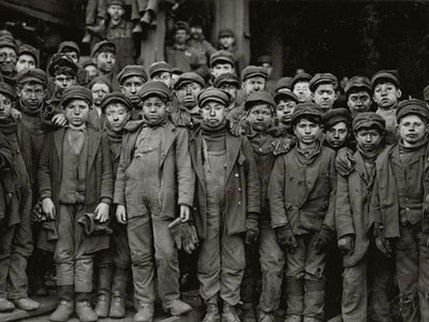 With the Industrial Revolution, came change.  Suddenly, more and more people had to work six and seven days of the week.  Instead of school, long lines of children and adults waited outside factories hoping for work.  With such a surplus of workers, wages were very low.  While cheap goods flooded the marketplace, factory work changed the landscape.  The working class suddenly was plunged into a total reversal of value away from the high value placed in the individual in relation to society following the Renaissance.

What better place to  study the valuation of the individual than a portrait?  The tradition of portraiture as many know it by Leonardo DaVinci's Mona Lisa celebrates the individual as the center of their own universe.  Picasso uses cubism -- developed by himself and Georges Braques in their shared studios -- and makes a profound statement about the changing world and what it does to humanity and our life experiences.

The evolution towards Cubism 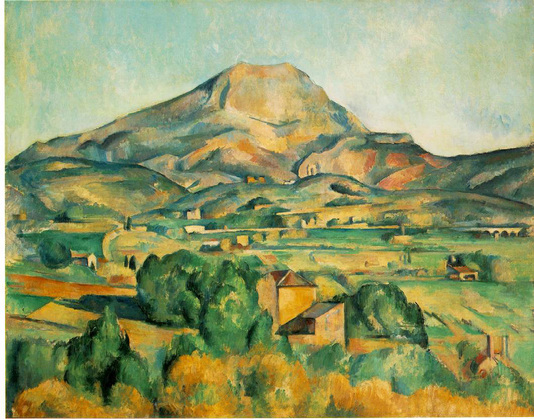 Cubism did not emerge directly from the imaginations of Braques and Picasso.  It came from earlier influences.  Most dominant among the influences is Cezanne's blocky representations of planes.

Picasso takes the zeitgeist, the spirit of the times and flattens the creative universe.  He does this by taking Ambroise Vollard, the most important man to many of the most important artists in the new century, and having the fractured details of his physiognomy and using them to have him fade into a background without depth.  Who better to flatten into obscurity than the man capable of recognizing artistic genius and bringing them to success?  If the new era can obscure even Ambroise Vollard, then what chance would the rest of us have? 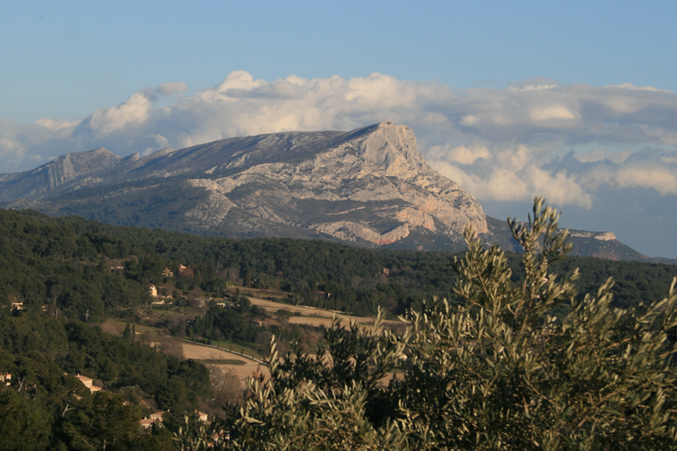 Here is his painting analyzed by masses of color Cezanne painted. 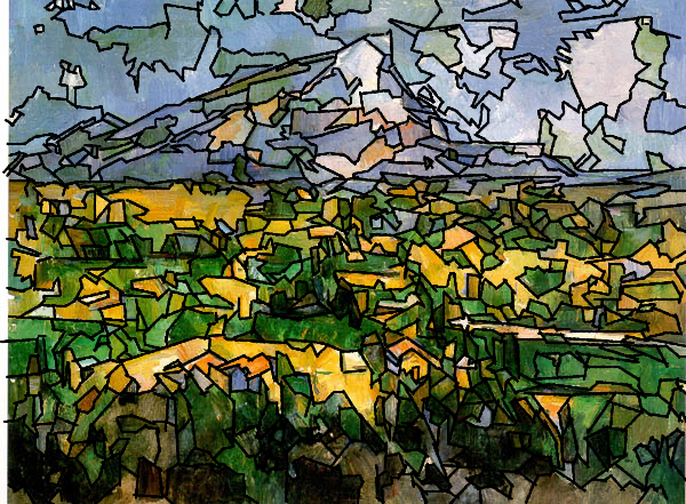 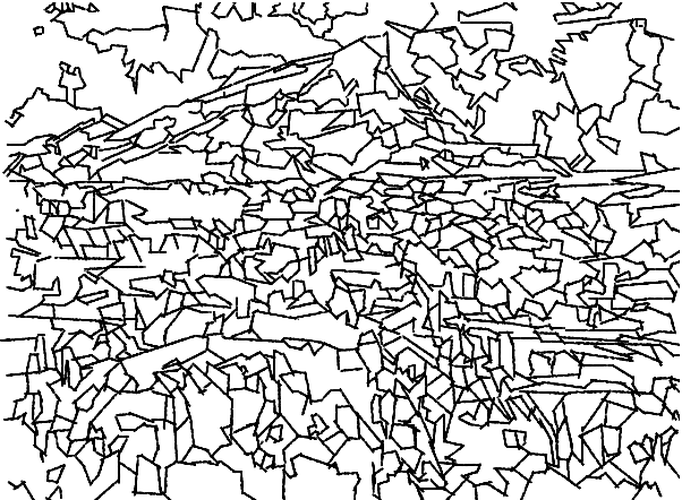 Option 1 - Collapse Barack Obama into the obscurity of the background 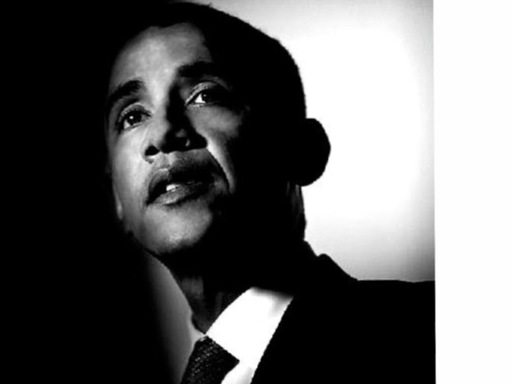 Use geometric shapes to capture but also subvert facial shadows and masses of shadow so that they form contiguous (connected) shapes that cross both foreground and background.

Here is a start on applying Picasso's analytic process to Obama 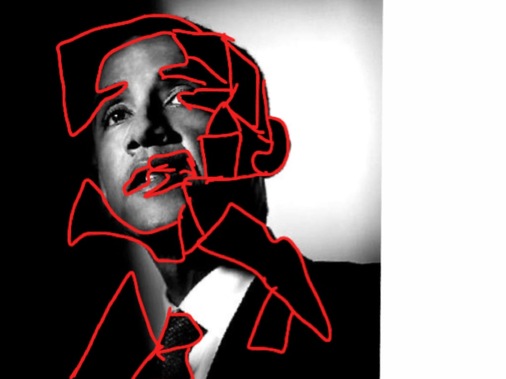 Notice the dark on his neck and his suit are suddenly one shape.  The shadow on his chin extends into the background as well as the shadow on his head on our left/his right.  Continue to make shapes until the page is full then begin shading like the student example below.

Student example of self-portrait in this style 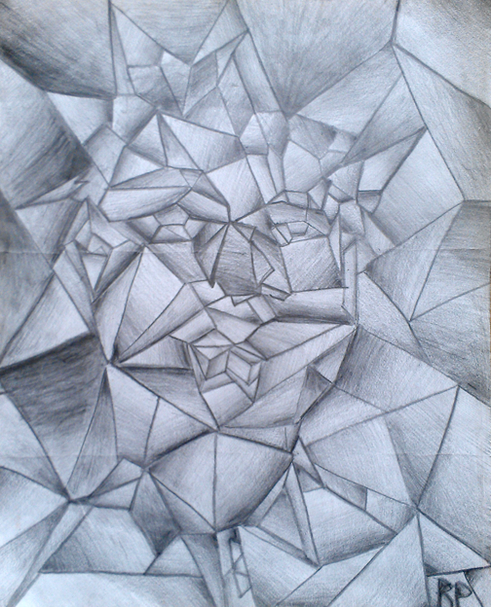